At first glance, you might confuse Buenos Aires for a cosmopolitan European city. The wide boulevards, French architecture, and mini-croissants in every café. However, you'll quickly realize the city comes with a Latin flair. And those mini-croissants? They are medialunas, or half-moons, and constitute the solid food portion of most café meals (coffee being the other half).

Buenos Aires is the capital and largest city of Argentina, and allows one to get a first-class sampling of foods Argentina is known for. Drink world-renown Malbecs from Mendoza, try the famous Dulce de Leche ice cream (helado) at one of the countless heladerias, and get a taste of the best grilled meat (asado) at a parrilla. 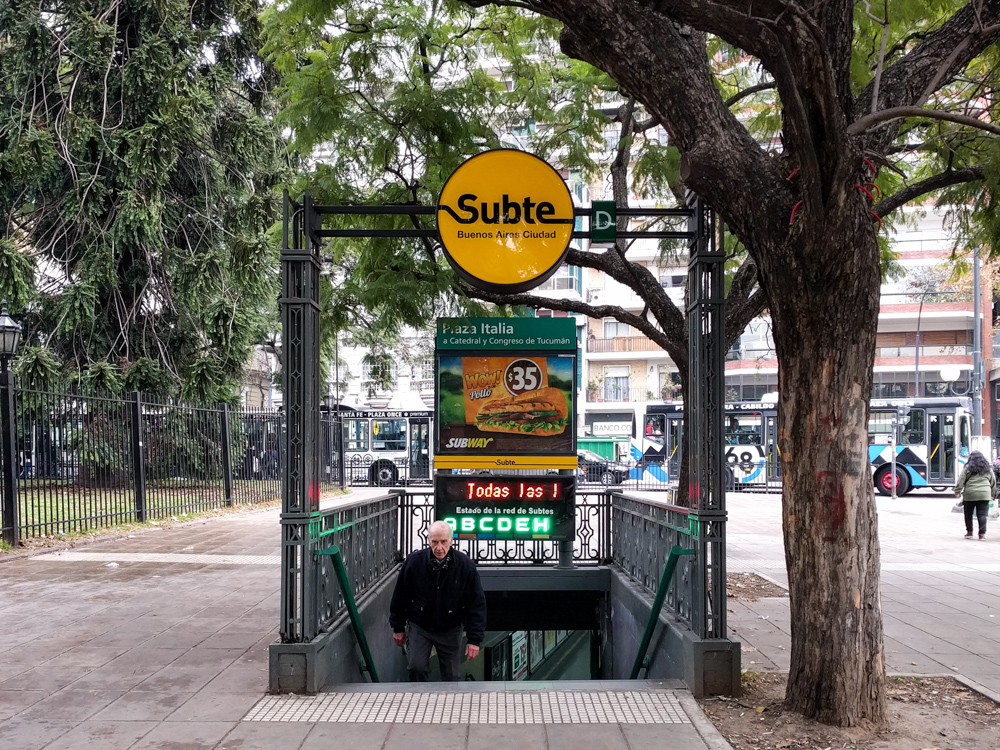 Buenos Aires is a surprisingly large city, so while you can walk between many places, you will probably find yourself wanting to get around more quickly.

When arriving at the EZE International Airport, you're pretty far outside of town. Get a taxi from the "Taxi Ezeiza" stand just outside of customs. The price should be between 400 and 500 pesos, and you can pay with your credit card. Your receipt is all that you need to give the taxi driver who will take you to the destination (no tip is necessary).

While in the city, you can easily flag down a taxi. However, be careful about taxi scams. If you have a data plan, you can also use Uber to call cars.

For certain travel plans, there is a great subway system. The Subte (subway) has trains that are clean and well marked. Purchase a SUBE card at a kiosko (kiosk) near a Subte entrance. Once you've purchased the card, you can refill it at a station inside of the station. Each ride is 4.50 ARS, so load up with enough to get yourself several rides. 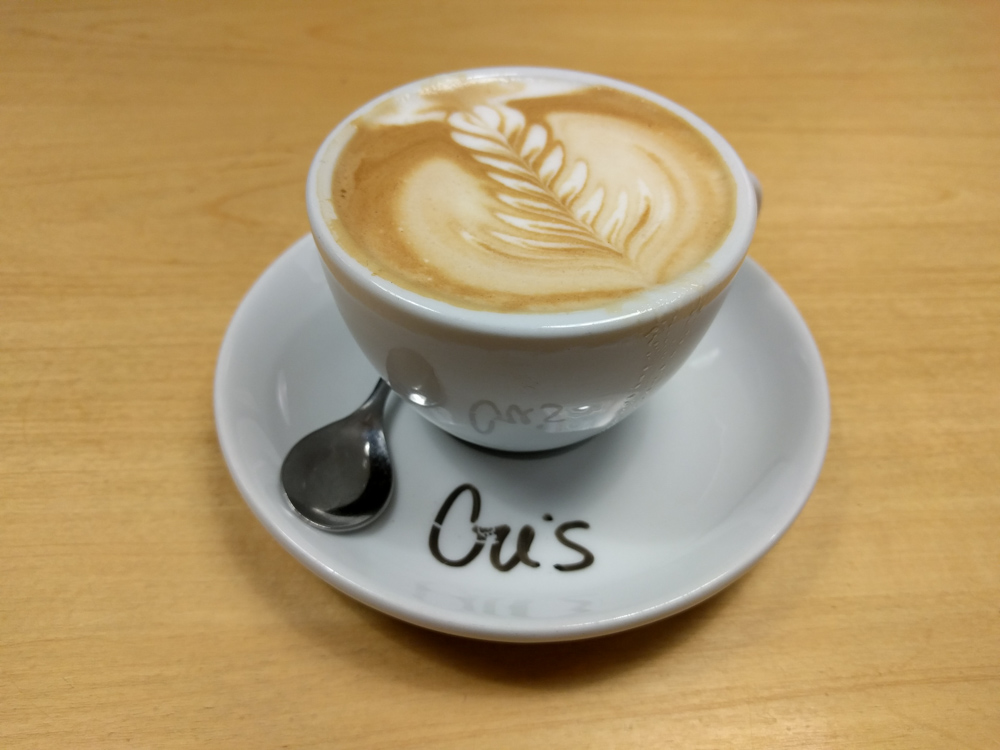 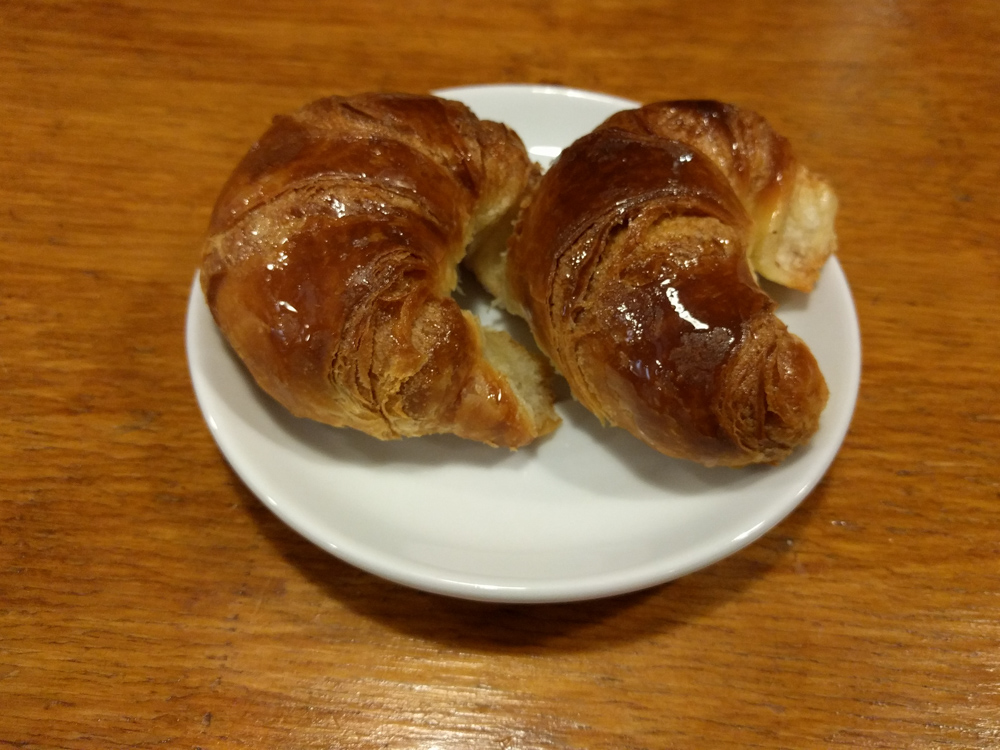 The people of Buenos Aires, porteños, love their caffeine. This may be because the population loves their late nights and the caffeine bump keeps them productive throughout the day.

Nevertheless, there is no shortage of cafés from which to get your morning meal of medialunas and café con leche. The medialuna (half-moon) might easily be confused as a small croissant, but the addition of a sweet glaze might upset the croissant purists. 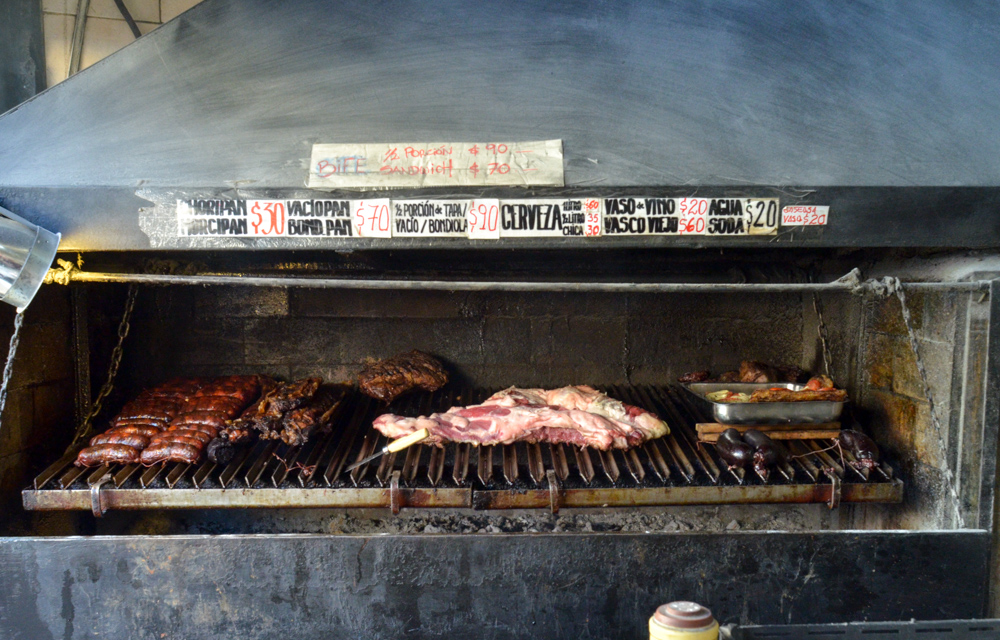 The street food scene may not be as organized or hip as other cities, but it is delicious and accessible none-the-less. Near parks and the water front, you'll frequently run into small operations selling their grilled wares. Most street food consists of a kind of grilled meat sandwiched between two mediocre pieces of pan (bread). But do not let the quality of the bread fool you, that is not meant to be the start of the show. The slow cooked sausage, pork, or beef is where your attention should be focused at. 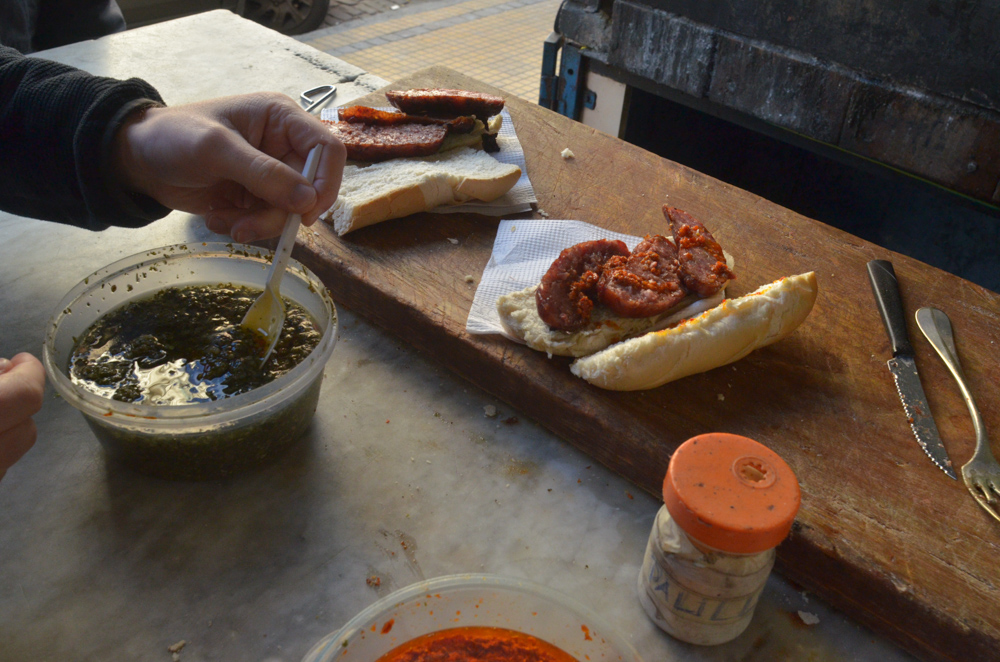 Parrillas are where you come to get your meat fix. They're on most blocks in the city. 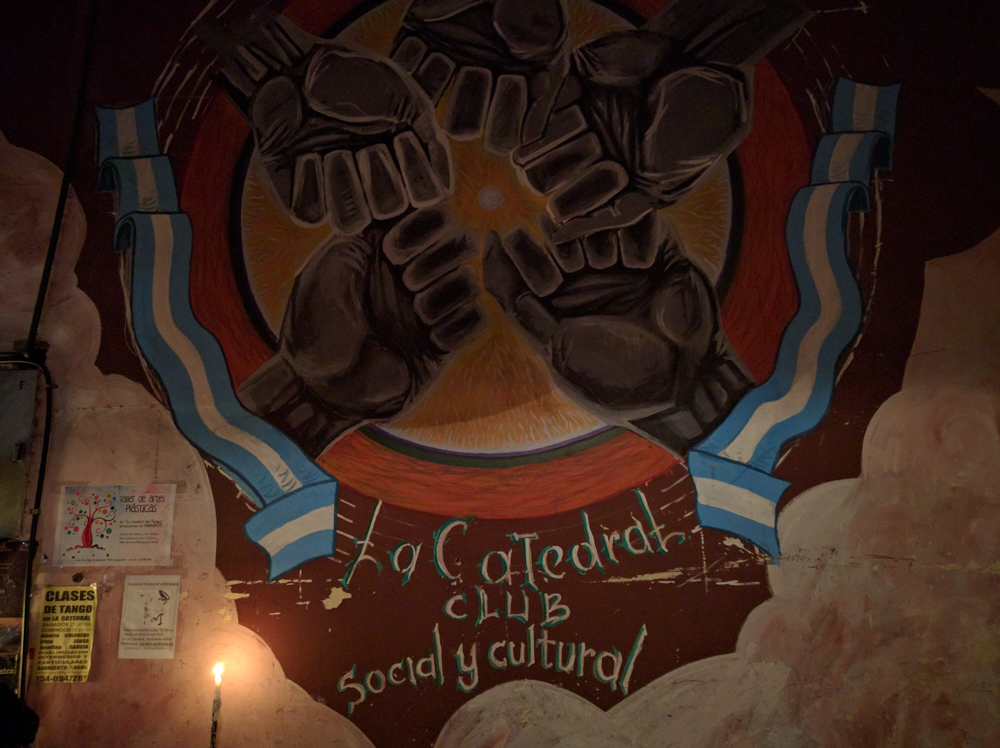 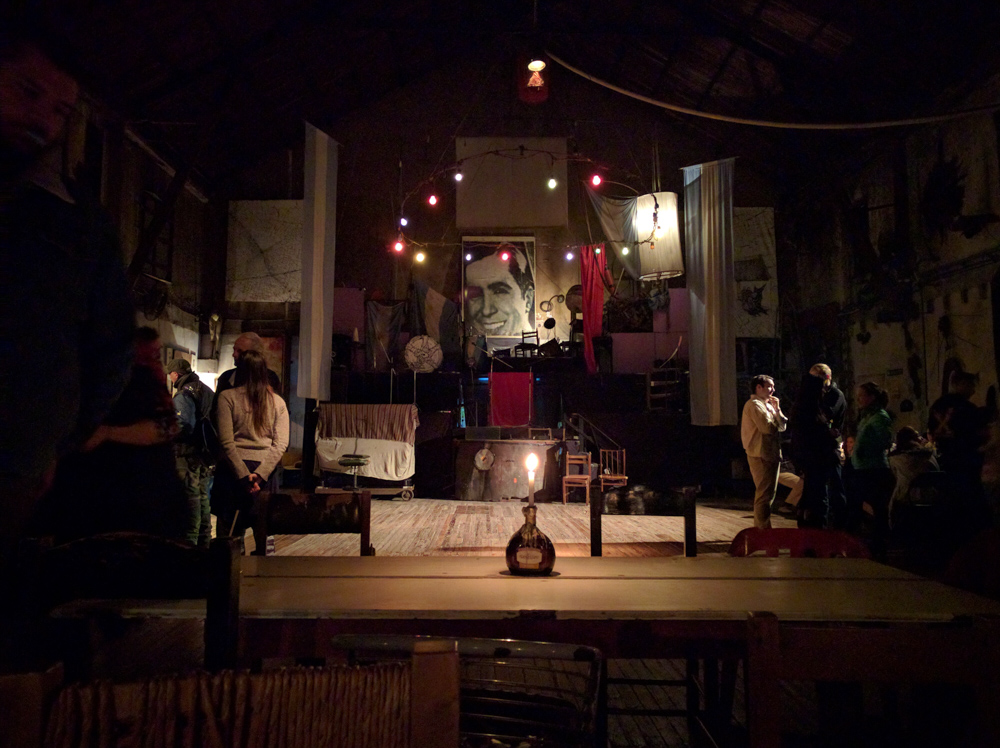 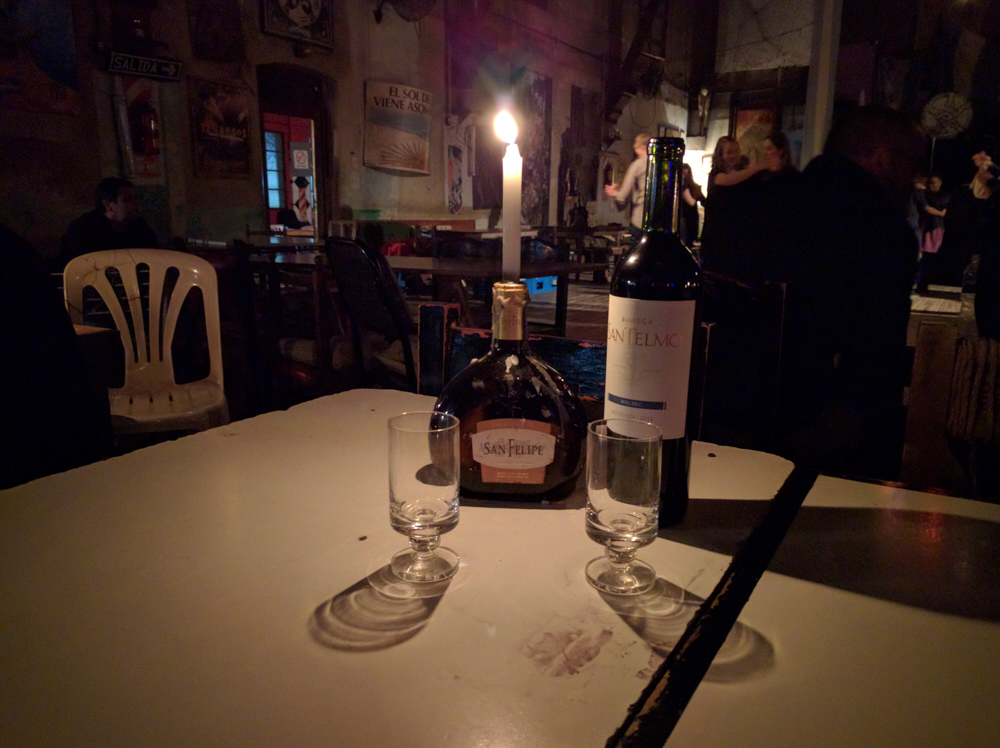 Tango lessons, dark place to watch locals tango at 1 a.m. on a weeknight. 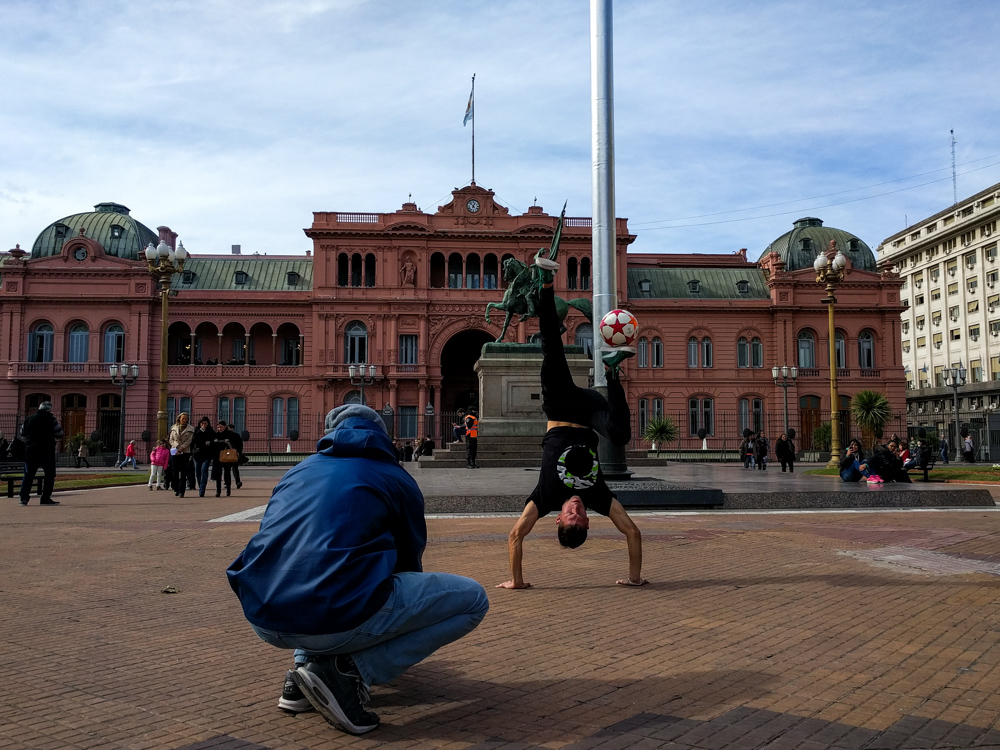 Protests, center of executive branch. no one lives there. 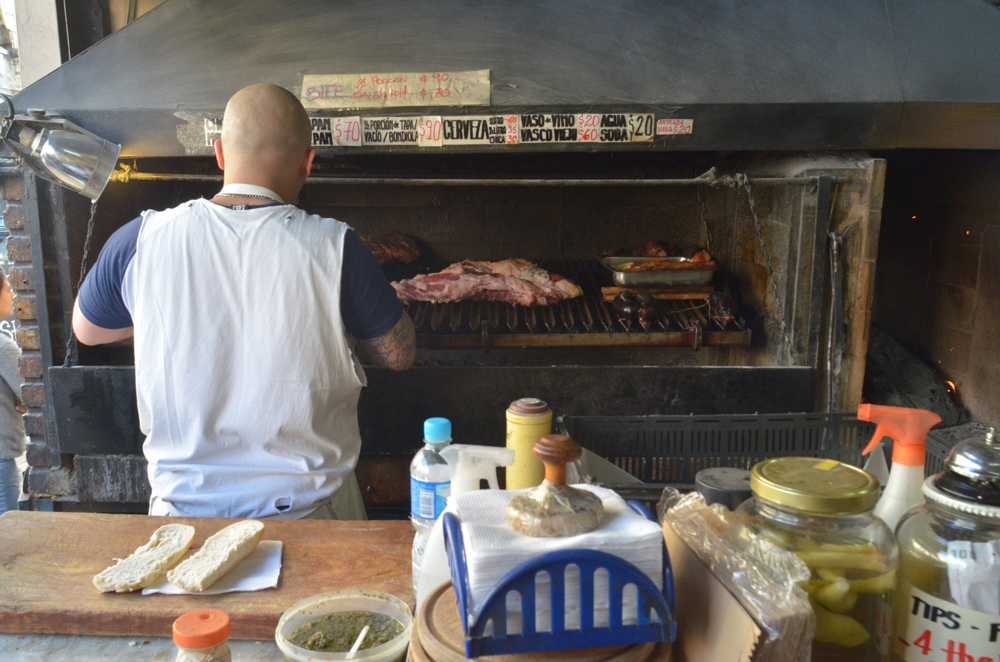 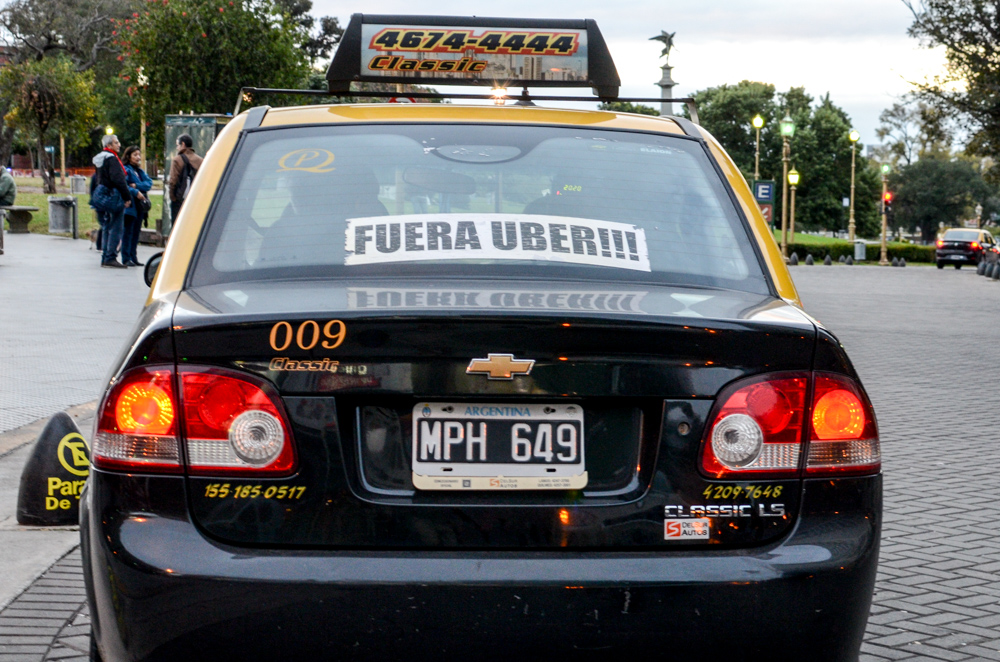 While in the city, you can easily flag down a taxi. However, be wary of taxi driver scams. The meters are not rigged, but late at night, the rates seem to have increased exponentially.

The most common scam involving taxis is one involving counterfeit bills. When paying, you'll give the driver a 100 peso bill, and with a slight of hand, the driver will exchange the bill and complain the money is either: 1) counterfeit and you should pay with a different bill, or 2) the bill has a torn corner, and you should pay with a different bill. In both cases, the bill the driver hands back is actually a swapped counterfeit bill, and now you just payed twice as much for the cab ride.

There are a few ways to prevent this scheme. You can count the bills in front of the driver instead of handing over a wad of bills. If you do get the driver asking for a different bill, stand your ground and threaten to get help from a "local friend" or from the police.

Alternatively, Uber has recently launched, and, if you have a data plan, use Uber to get around the city.